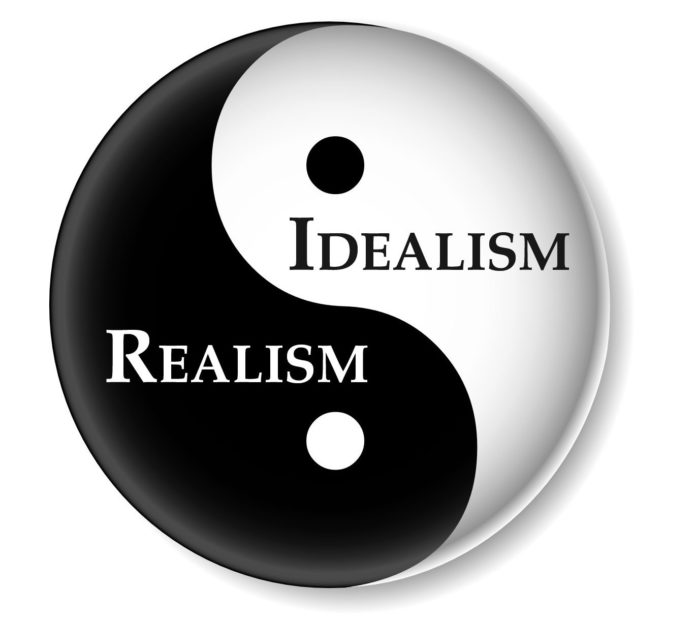 In philosophy idealism and realism are two opposite theories. So, the believers of these theories are opposite in approach and mindset. Followers of one block have strong arguments to favor their side and to counter the opposite block. However, same is true about the other block. This tug of war leads the both blocks to opposite directions but no one on the winning-side. Idealists have strong arguments to prove their approach. Such as

• Idealism makes the believers more efficient and motivated as compared to realism.
• All the scientific inventions and discoveries that revolutionized this world and have become undeniable reality, once were mere imagination of one mind.
• Every physical thing has its meta-physical status. Idealists believe that reality of that thing is meta-physical state whereas they call physicality of the things just illusion of mind.

• Realists minimize the difference between expectations and results. So, they have lesser feelings of depression and remain positive all the way.
• Realists apply the scientific approach to achieve the targets within the limitations and constraints.
• Functioning of mind is controlled by the feeding of brain. So, the thought-
Pattern of a man is better understood by the biochemical structure of his brain which proves that physicality of everything is master over its meta physical state.
If you are on neutral point and want to join one block, keep in mind that one size does not fit all.

So, accept the duality of things and move somewhere between the two opposite theories viz-a-viz idealism and realism. Divide your life into different circles to apply these theories by deciding sharply which one suits which circle. For example, in your personal life, idealism is more effective. So, be idealist in this circle, but behave realistically in your social life as you can’t deny the reality that people with different background, act and behave differently even in the same environment.

So, create a shock absorber in your mind while moving through social life. Behave idealistically while setting your target and making efforts to achieve that target. But be realist while facing the results of your effort to minimize the seismic shocks of your mind on your brain.
Punch line is, keep on shifting your reality of mind and brain between idealism and realism, as all the great men of history were idealists by their approach and thought but realists by their actions and missions. 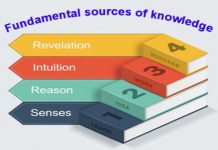 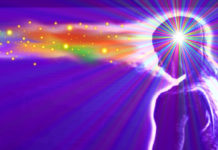 Brain Power : Quick ways on how to enhance your mental power 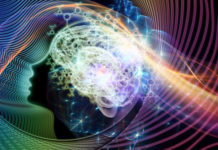 Global Intelligentsia aims to improve human intelligence across the globe. If you want to improve your intelligence level you should join our global genius forum. Click here to join

How to build confidence – 7 Quick ways to gain confidence

How to improve emotional intelligence – 10 simple ways to increase...

How to gain wisdom : 10 Simple ways to increase wisdom

Personality development : Magnetize Yourself to attract everyone

Vision : Meaning, definition and importance of vision in life

How to improve vocabulary

ABOUT US
Global Intelligentsia is an international platform with the aim to boost human intelligence across the globe. If you want to sharpen your mind, you are at right place as our mind trainers can help you a lot how to translate your dream into reality. You can take free online IQ, EQ, English, Math, Science, general knowledge and general intelligence test to polish your mind. For more help and expert opinions, please contact us via chat-box where our expert operators, intellectuals, global thinkers, global intelligence analysts and super-genius mind trainers are ready to facilitate you. They will definitely help you at your own pace and without any charges. Wish you best of luck
Contact us: contact@globalintelligentsia.com
© Copyright - 2021 Global Intelligentsia. All Rights Reserved.